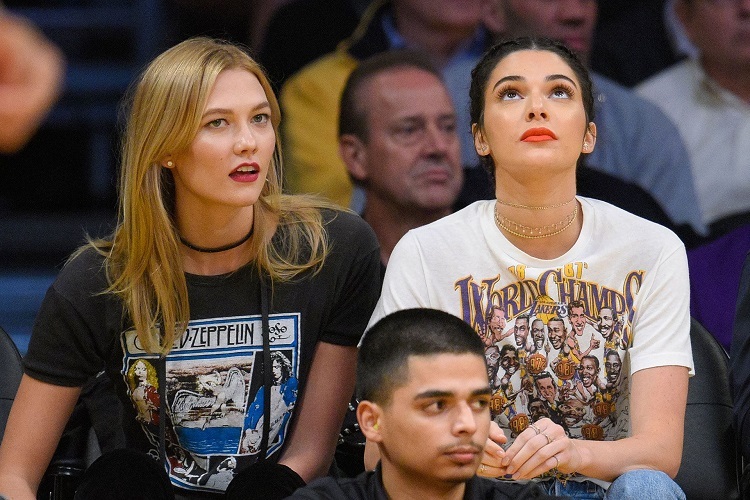 There may not be a single accomplished musical act in the world that doesn’t sell merchandise. At the top of the merchandise, the list is the tried-and-true T-shirt. And why not? T-shirts are easy to produce and cheap enough for the average fan to buy. They are the perfect merchandising product because they double as free advertising.

These days, merchandisers follow musical acts around the world. They set up carts outside of concert venues and pop-up shops downtown. They sell T-shirts online and at flea markets. It didn’t use to be that way. In fact, T-shirt merchandising was virtually unheard of until the late 1960s.

How did we get from there to here? The Grateful Dead had a lot to do with it. This post will summarize the Dead’s influence on T-shirts and merchandise. You can read a Highsobiety article from 2018 if you want all of the dirty little details.

Many people don’t know that T-shirts were primarily undergarments until the mid-1950s. That is when actors James Dean and Marlon Brando brought T-shirts out of the shadows and made it cool to wear them as outer garments. Still, it took another 10 years before merchandisers caught on.

Meanwhile, the Grateful Dead started performing in 1965. They had a unique perspective on music as a business. Like some of the other bands of the day, the Dead got into merchandising as a way to increase revenue.

By the late 1960s, T-shirts had already gone mainstream as everyday clothing. Every music promoter worth his salt worked to convince bands and their agents to sell T-shirts. From there they moved to baseball caps, jackets, coffee mugs, etc. But it was tee that started it all.

By the time the merchandising trend became mainstream in the music scene, a small number of creative entrepreneurs began to emerge. These entrepreneurs were making their own T-shirts and selling them outside of concert venues. Here again, the Grateful Dead proved to be influential.

Where other bands and promoters felt it was necessary to take action against third-party merchandising, the Dead let it go. They didn’t care. Just like they had no problem with people copying and distributing their music, they didn’t think third-party merchandising was a big deal. As long as fans kept buying tickets to their shows, they were happy.

The fact that Deadheads were actually encouraged to make their own T-shirts pushed merchandising even further. The classic tie-dyed T-shirt synonymous with the Grateful Dead is a product of this very idea. Deadheads everywhere became even more devoted to their favorite band while merchandisers glommed on to reap the benefits.

Merchandising musical acts is a multi-million-dollar business today. Musical acts and their promoters contract with producers to create everything from T-shirts to smartphone cases. Third-party retailers like California’s 5 Dollar T-shirts pay licensing fees to use brand names, likenesses, and trademarks.

They all work together to keep the market saturated with all the merchandise fans want. Fortunately for them, the market shows no signs of drying up. Even when consumers are not buying other types of goods, they are still spending money on T-shirts.

Music lovers the world over owe at least some respect to the Grateful Dead for their role in developing merchandising. If not for their efforts back in the 1960s and 70s, today’s merchandising scene might look remarkably different. Imagine merchandising being controlled so tightly by acts and promoters that companies like 5 Dollar T-shirts didn’t exist. Things could have turned out that way. Thankfully, they did not.

Factors To Consider Before Choosing The Wedding Dress

Jeans and Leggings Pair That Are Absolutely Famous In Teen Girls

What Is The Reason To Choose Winter Jacket?

Bryan Jesse - October 4, 2022 0
Many complimentary haircuts and hairdos never run out of fashion. We are not emitting around male buns, mullets, or perms from the 1980s; rather,...

Bryan Jesse - August 30, 2022 0
Personalizing gifts is the only way to give meaningful gifts anymore. People can order what they need and have it delivered to their doorstep....

Bryan Jesse - August 30, 2022 0
When waterbeds first entered the market, they were synonymous with extravagance and luxury. But, with its myriad advantages, gradually, waterbeds became popular, and more...

How To Pick The Perfect Women Shoes For Your Look

Bryan Jesse - July 2, 2022 0
When it comes to shoes and handbags, women form a unique bond with them. They are things we'll wear for the rest of our...

The Best Sites For Online Shopping

Bryan Jesse - June 28, 2022 0
People are increasingly turning to online shopping because the typical consumer values the convenience and affordability of online stores. The need for online shopping...

You Can See Clearly Now

Fashion Tips about Being a Fashionista

Working Tips that can bring Your Fashion Skills to Reality

Maternity Clothes When To Buy

Shopping for maternity fashion on a budget

DIY Studs for Every Outfit

How to get an engagement ring